So, the time had finally arrived for me to take on another adventure and broaden my horizons and venture a bit further from home. This new adventure came in the form of a motorbike trip to Mozambique.

You see, after my Sani Pass trip in December 2007, I wanted to get involved and meet more people doing this kind of riding, so I decided to join the BMW Motorcycle Club Pretoria. Here I met some great, like-minded people who loved the same kind of riding and where I would end up learning so much and making the best friends I could ever have hoped for!

The trip from Pretoria to Tofo on the coast was done in two days, with no major issues, with the border not much of an issue at all.

Here is a really cool interactive map of the route where you can zoom in and out and even view it in Full Screen mode!

Here were are waiting to get all our paperwork and passports done by one of the runners often used by one of the guys in the group. 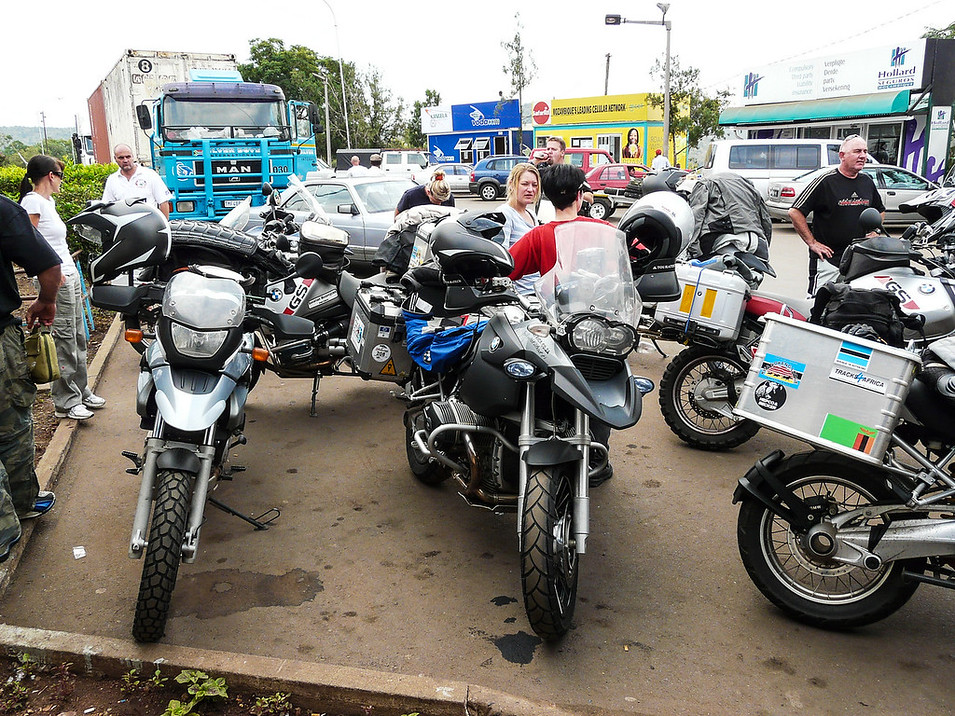 One of the bikes on the trip was a KTM950, which as we all know, is an absolute legend of a bike, specially when it comes to the more off-road riding. But, this particular 950 did not want to play ball on this trip. She had to be loaded onto the trailer due to rear wheel bearings that was giving endless problems. Arriving at Tofo, the wheel was off in a flash, and the fixing started, along with beer and R&R (Rum and Raspberry)…. Stefan just had to laugh off all the BMW vs KTM jokes thrown his way!

When I woke up the next morning, I had to pinch myself to make sure I was not dreaming and that I was really in a foreign country with my bike on a trip with some great people. I was one very happy camper! I took a long walk before the others got up and it was just beautiful!

The next few days was spent doing exactly what you are supposed to be doing while in Mozambique, this generally consists of lots of beach chilling, lots beer drinking, lots of R&R drinking, lots of afternoon naps and lots of seafood! 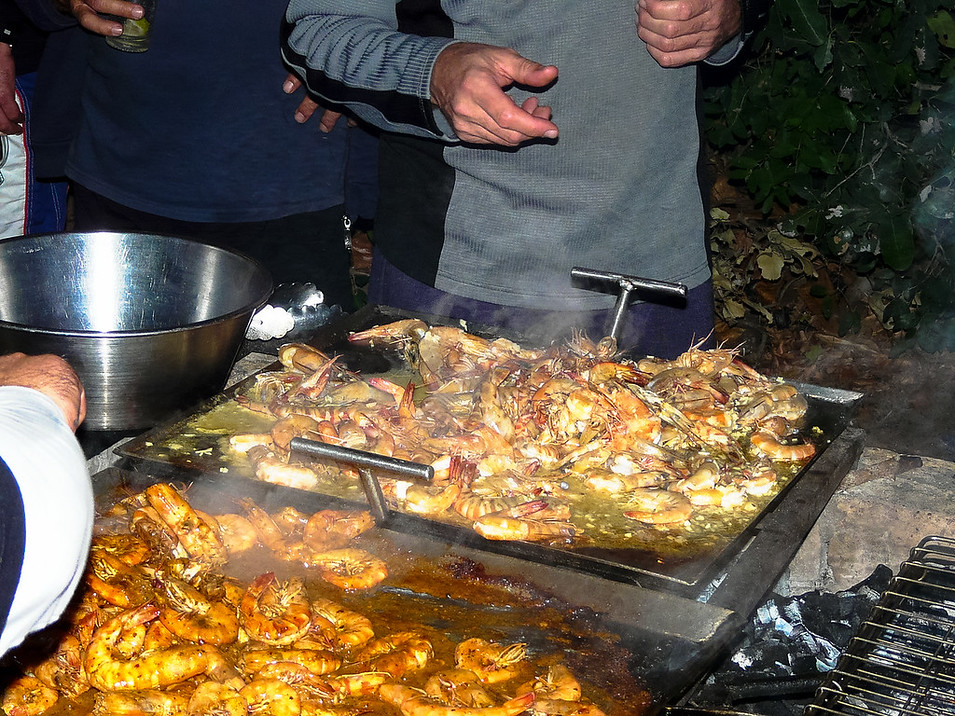 Another thing you do in Mozambique while visiting on a bike, is to go and do some sand riding. Mozambique has some hectic sand roads, I mean proper thick twin track deep soft beach sand. I have never done any riding on sand ever, so understandably I was very nervous and was very close to opting out and taking a ride in the back-up vehicle after hearing all the horror stories from all the other riders who have done these sand roads before. I mean there were some guys here that knew a thing or two about riding sand…..I was out of my depth! But was assured that help will always be close at hand, and that I should just relax and have fun. Nervously I agreed to go and tackle the day of sand riding….

The 950 was back up and running again, but now the clutch was giving issues, Stefan decided to just ride all those sand roads without a clutch, like I said, some of these guys CAN ride!!

My first ride in sand….going a bit wonky, but I managed. I only fell 4 times! 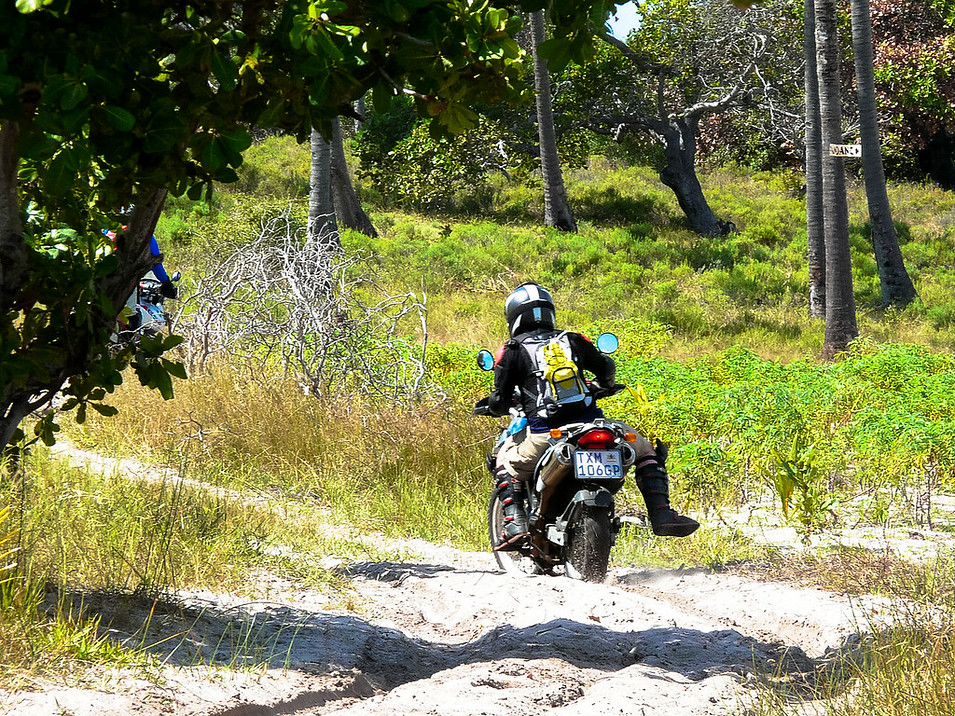 The secret to riding sand is to commit and go for it, no hesitation or holding back, sand is about confidence. Here I seem to be getting the hang of it, and strangely riding sand becomes addictive, the more you ride it, the more you WANT to ride it! 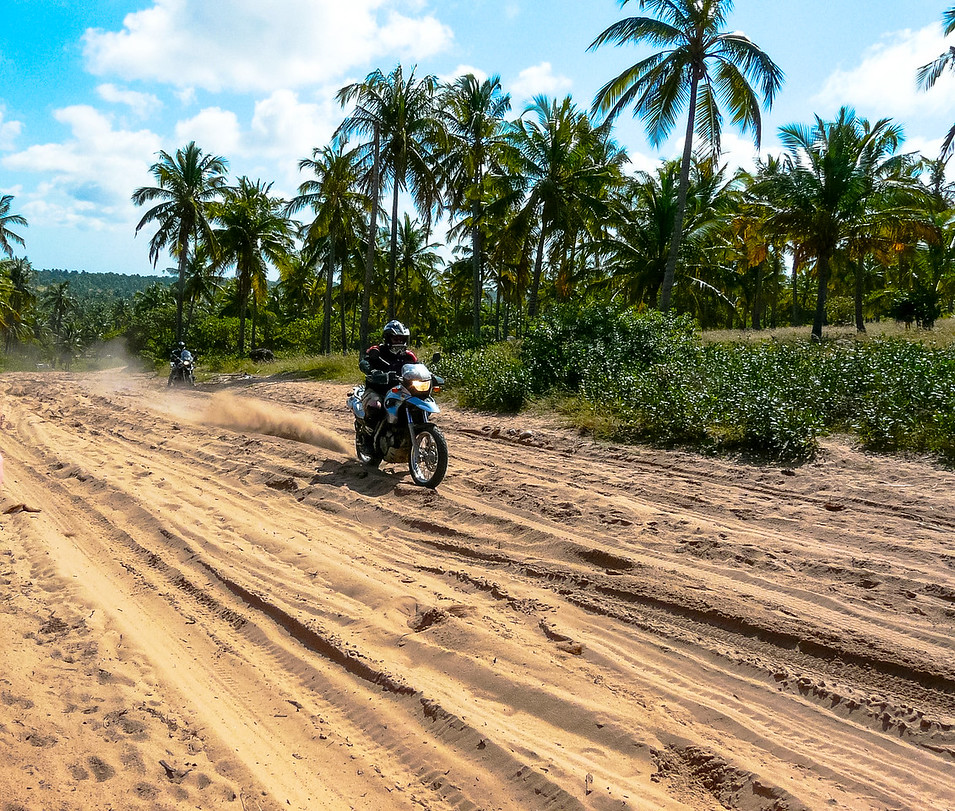 Some were struggling a bit, I must admit that as a joke, some guys pumped Pauli’s tires to 3.2 bar before the ride, no wonder he was struggling!

Stefan and the 950 was made for this type of terrain

All too soon the holiday was over and it was time to leave paradise and head back to the big city. We were greeted with a stunning sunrise as we got ready to leave the beautiful village of Tofo in Mozambique. 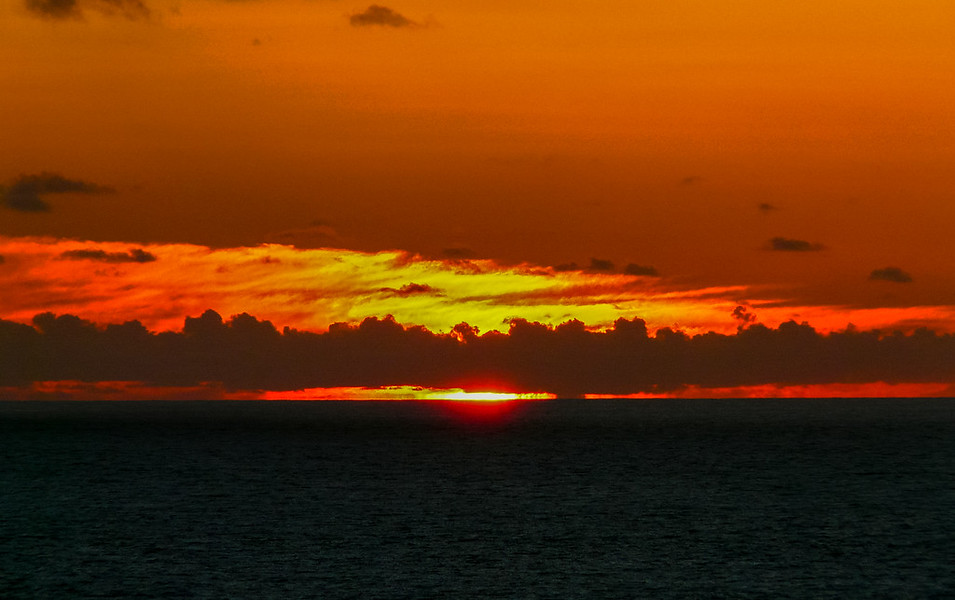 On the way back, very chuffed that I made it through all that sand and extremely happy for my first real trip to another country on the bike. I knew that this would be the first of many!

I learned a number of things on this trip that will stick with me for ever. I learned that I actually love riding sand, and that I wanted to do more and more of it. I learned that confidence is key on a bike, specially in sand, but that being over-confident will bring you down to earth very quickly! But the main thing I learned from this trip is that the friendship, camaraderie and connections you make on a trip like this is more valuable than anything else. The people in this trip are still great friends today, and it all started on this little beach holiday in a small village in Mozambique!

Thank you so much for reading, please feel free to comment, drop me a line, or share this!

Previous My very first ride, hey let’s just do Sani…..
Next Ready for a (GS) Challenge?